How To Use Weekly Options To Avoid Earnings Reports

In the BCI methodology, we never sell a covered call or cash-secured put on a stock with a projected earnings report date prior to contract expiration. When selling our traditional monthly options this means we are only able to use a particular stock for eight months of the year because most companies report earnings on a quarterly basis. This is rarely a problem because we have so many elite companies to choose from, our watch lists should have between forty and sixty eligible candidates each month in addition to exchange-trade fund candidates. As options have gained in popularity over the past several years more and more products have been made available including weekly options. Weeklys options are options that are listed to provide expiration opportunities every week. Weeklys are typically listed on Thursdays and expire on Fridays, provided that such expirations were not previously listed (i.e, Weeklys are not listed if they would expire on a third Friday). Many Weeklys are listed several weeks prior to expiration. Short-term option-sellers can take advantage of Weeklys to use a favored stock forty eight weeks out of a calendar year, avoiding that security only the four weeks of the year when earnings are projected to report. 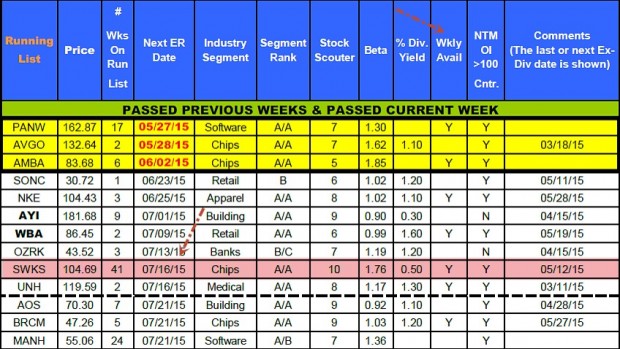 Viewing an Options Chain for Weeklys 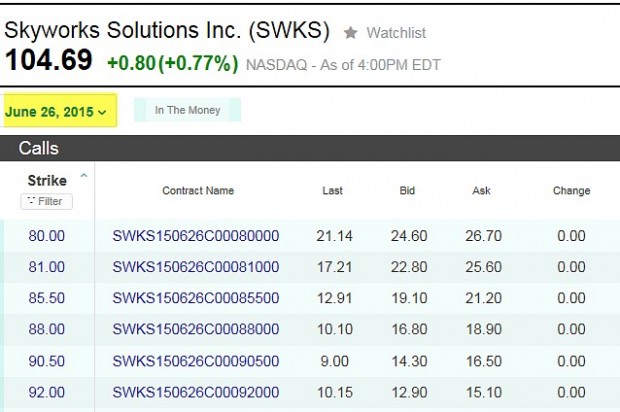 A significant percentage of stocks that are eligible for short-term option-selling have weekly options associated with them. We can then use these expiration dates to leverage the underlying securities up to forty eight weeks per year using our option-selling strategies.

Shipping of The Complete Encyclopedia for Covered Call Writing has begun 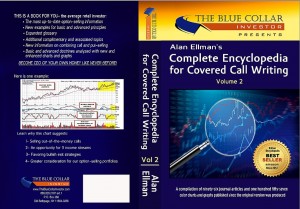 All pre-orders placed prior to September 4th have been shipped. The remaining pre-orders will be sent by the end of this upcoming week. All subsequent orders will be shipped within two business days. Your amazing response to this new book was a very pleasant surprise to me and my team. Thanks for your support.

Global equity markets remained volatile but actually were up for the week despite nervousness about China’s slowing economy and the much-anticipated US Federal Reserve policy meeting next week. The VIX index traded in a fairly tight range of 23–27, indicating less market volatility than in the past few weeks. This week’s reports:

BCI: This site remains bullish on the US economy and encouraged by declining volatility but still cognizant of events in China as well as the Fed watch.  At this time, I am retaining all shares currently in my portfolios and planning to start selling options again for the upcoming October contracts.