A Review Of Fundamental Analysis for Covered Call Writing

Fundamental analysis is our first step in evaluating securities for use in the covered call writing strategy. It is a method of evaluating a company’s stock by examining its financial statements, including earnings and sales. The 3 major financial statements are the medium by which a company discloses its financial health. We only accept equities with strong earnings and sales growth because these are the type of companies favored by the institutional investors (mutual funds, hedge funds, banks and insurance companies).

The major screens we use for fundamental analysis are the IBD 50, the IBD SmartSelect and the Money Central’s Scouter screens. The financial aspects of these screens are gleaned from the information found within the 3 major financial statements provided by the corresponding companies:

It is not necessary for us to study these statements but it is instructive to note where the information is originating from. In the US, the Securities and Exchange Commission (SEC) requires all companies that are publicly traded on a major exchange to submit periodic filings detailing their financial activities. The 10-K (annual) and 10-Q (quarterly) are the most well-known.

We have all heard of PE ratios and price-to-book ratios. These are two of many financial ratios which are mathematical calculations using figures taken from the financial statements and they are used to gain an idea of a company’s value and financial performance. Ratios will give more meaning and perspective to data points in the financial statements. For example, if 2 companies each had earnings of $1 million last year but one had a previous year’s earnings of $500,000 and the other of $2 million, wouldn’t the first company with growing earnings be worth more than the second?

Let’s use a football analogy since the pre-season is upon us. If 2 NFL quarterbacks each threw for 15 touchdowns last year, are they the same? What if quarterback A also had 15 interceptions while B had only 5? B is now looking a lot better. What if B had a completion percentage of 60% while A had one of 45%? B is definitely our man. By comparing multiple data points, the individual stats are made more meaningful.

What Fundamentals does the BCI System Utilize?

It considers plenty, although it doesn’t take us all that long to calculate. First, let’s look at the IBD 50 stocks and the fundamentals evaluated: 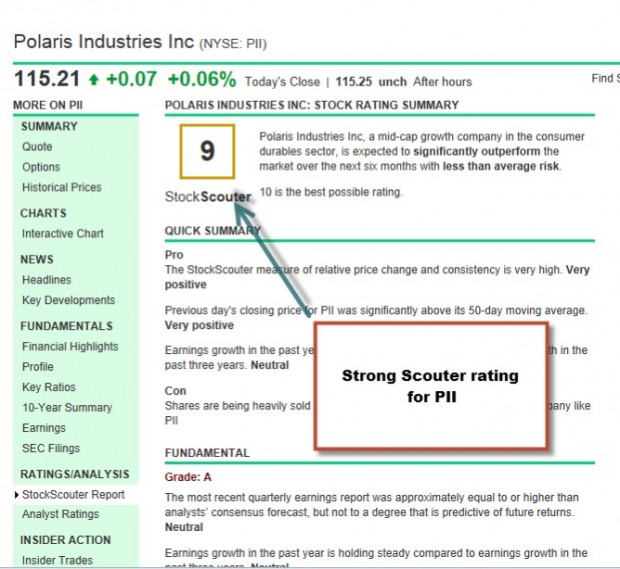 Although fundamental analysis is only the first step in screening for outstanding covered call writing candidates, it is a critical one. This is because companies with strong financial statements and ensuing positive ratio valuations are favored by the institutional investors and that dramatically improves our chances for a favorable outcome. See Chapter 3 in Encyclopedia… for more details of fundamental analysis.

Positive economic reports this week have some economists upgrading expected GDP. Here are the reported results:

I hope you’re having an enjoyable summer and look forward to meeting many of you as I travel the country presenting my seminars. Thanks so much for your continued support.