What Do Bernie Madoff and Covered Call Writing Have In Common?

Covered call writing is my favorite stock investment strategy and Bernie Madoff is one of the world’s most infamous sociopaths. How can they exist in the same article title? This week, ABC-TV is showing a mini-series documenting the rise and fall of Bernie Madoff and his $65 billion Ponzi scheme. Madoff never actually ever invested the billions of dollars given to him by hedge funds, millionaires, charities and retail investors looking to secure their retirements. Instead he used the money for his own personal greed and power and put a title on how he pretended to accomplish the goals of consistent returns of 12% per year, even in years when the overall market was down substantially like in 2008. The name of his strategy was split strike conversion and it has a lot in common with covered call writing with the caveat that we actually execute our trades.

What is the split strike conversion strategy?

On first glance, the name may appear impressive or even intimidating. In reality, however, it’s simply covered call writing with a protective put. We know it as the collar strategy. It’s so simple: Buy a stock, sell an out-of-the-money covered call and buy an out-of-the-money protective put. We put a ceiling on potential gains and a floor on potential losses. Yes folks, this is the secretive strategy of Bernie Madoff that led to so many lives being financially ruined…amazing isn’t it?

Example of the collar aka split strike conversion 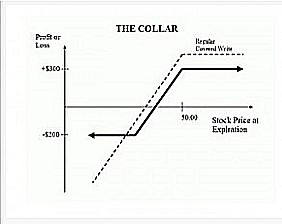 Madoff pretended to buy shares in a major index and then buy and sell options on the index itself. Index options are cash-settled unlike stock and exchange-traded fund options where shares can actually change hands. Perhaps this twist is what threw off some of the more knowledgeable investors like other fund managers…but it was probably simply greed and laziness to perform adequate due-diligence. Retail investors get a pass but shouldn’t some of the fund managers have taken a closer look? Anyone can make up a story. 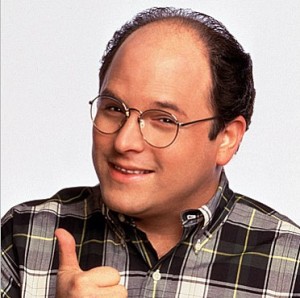 The irony of it all

This strategy could have worked in most market conditions. One percent per month is not a crazy goal especially in normal and bull market environments (where results should actually he higher). Of course, in a year like 2008, we will lose money, period, just not as much as most others. Had he just taken the time to learn the nuances of the strategy with or without the put aspect, he could have run a successful fund that made a lot of money for a lot of people and still been a legitimate hero to most. He could have remained rich, famous and idolized. Instead he sits in jail for his remaining years having ruined so many lives and families including his own. So sad.

I was recently asked by the Options Industry Council to be interviewed by Joe Burgoyne the Director of Institutional and Retail Marketing, for The Options Industry. My segment starts 22 minutes into the program and lasts about half an hour. Here’s the link to the show:

Scroll down and click on arrow on left to start program.

Here’s me promoting me at the Trader’s Expo

Global stayed volatile late in the week as markets began to price in a more moderate tightening by the Fed. A March rate hike now seems unlikely. Market volatility, as measured by the Chicago Board Options Exchange Volatility Index (VIX) rose to 23.38 versus 21.5 a week ago. This week’s reports:

BCI: After two positive weeks, we had a down week, confirming that the market has yet to establish a firm bottom. 1/3 of my stock investment portfolio remains in cash short-term. Favoring only deep out-of-the-money puts and in-the-money calls on active positions.

24 Responses to “What Do Bernie Madoff and Covered Call Writing Have In Common?”