Mastering stock and strike price selection are key components in successful covered call writing. There is no one factor that will dictate our choices but rather a mosaic of bits of information which will lead us to the best selections. In this article, I will discuss two of those critical components: technical analysis of the underlying security and overall market assessment. Let’s start with viewing the chart of an elite performer on our Premium Watch List dated 4-4-14 (Continental Res, Inc. or CLR): 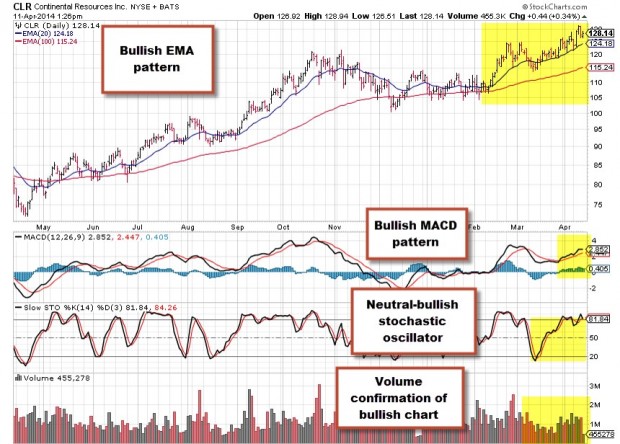 At this point, we have an elite performer both fundamentally and technically and one would be leaning to selling one of the bullish out-of-the-money strikes. However, let’s have a look at the chart of the S&P 500 and VIX (CBOE Volatility Index or investor fear gauge) to evaluate our overall market assessment: 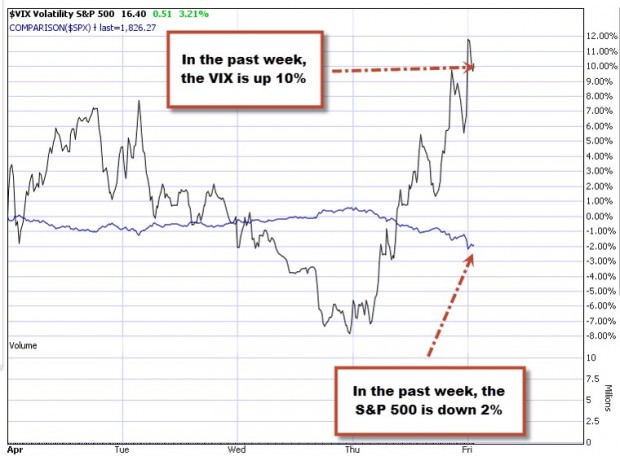 Note that in the past one month, the market volatility has increased significantly (15%) while the value of the S&P 500 has declined by 2.5%.  For many investors, this red flag guides us from bullish out-of-the-money strikes to the more conservative in-the-money strikes giving us a bit of a cushion when it comes to capital preservation. Next, let’s view the options chain for CLR at the time I produced the above screenshots:

Many factors are considered when selecting underlying securities and strike prices for covered call writing. Taking the most bullish positions (out-of-the-money strikes) are most appropriate when both chart technicals are bullish and confirming as well as overall market assessment also bullish. If either component is compromised, selling in-the-money strikes will afford us downside protection and provide a cushion for capital preservation.

BCI members who will be attending may want to get to the venue a bit early. I’m told by the chapter President that they are expecting a much larger attendance than normal based on the number of recent inquiries from non-chapter members.

As some “talking heads” continue to forecast doom and gloom the economic reports continue to retort: “But what about this?”

Wishing our members much success,