Covered call writing and put-selling generate monthly cash flow with the inherent risk of share depreciation. One of the major advantages of these conservative strategies is that they can be tailored to all market environments. In today’s article I will address one way to “stay in the game” even when market conditions are working against us as they have been recently with global economic concerns in China and Greece along with the technical breakdown last week at the New York Stock Exchange. Our goal is to achieve an annualized return of 10% per year in bear and volatile market conditions and NO this concept is NOT taken from the Bernie Madoff School of Sociopathic Investing!

The challenge as I write this article is to find a security not reporting earnings prior to September 18, 2015 as I am crafting a two-month trade. Our Premium Watch List shows that Nike (NKE) is due to report on September 24, 2015 so that will represent our underlying security. The trades will initiate on July 9, 2015 and terminate on September 18, 2015. Here are the initial stats: 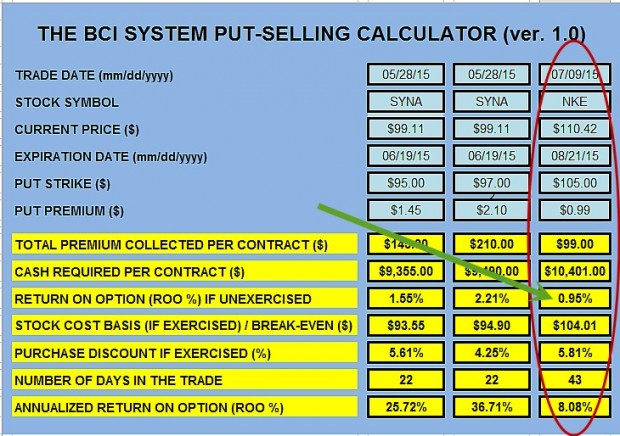 This article was designed to show how flexible option-selling can be even in extreme bear and volatile markets. In order to accomplish this certain assumptions were made with the understanding that there are a myriad of exceptions that may occur. The concepts behind these assumptions, however, are “gold” and can be applied in countless other scenarios. 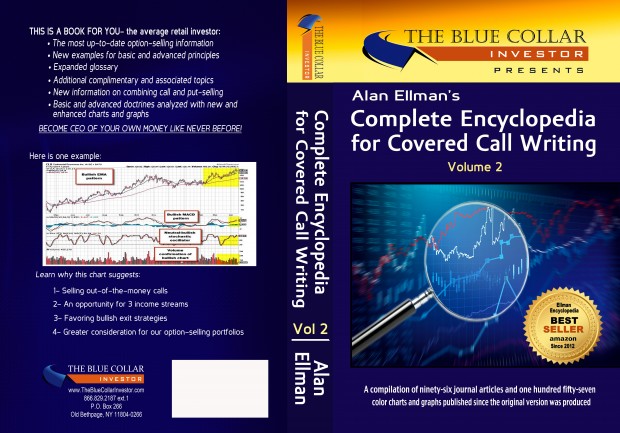 I spent four years writing the original Encyclopedia for Covered Call Writing which has remained the #1 best-seller on this topic on Amazon. Now four years later Volume 2 is almost ready and will be available later this summer.

Greece’s uncertain status and concerns regarding the declining economy in China subsided a bit on Thursday and Friday resulting in a partial market recovery. There are also concerns regarding the impact of Greece on other nations like Italy and Spain. How about the imminent reaction to the Fed raising short-term interest rates? I’m convinced that there will always be a reason for the market to be nervous. Next up…earnings season. Our best path is to  stay focused on non-emotional investing and adhere to the guidelines and principles of a strategy we have confidence in. This week’s economic reports: