Should I Roll My Option When The Stock Price Is DEEP In-The-Money?

Exit strategy execution is a critical skill every covered call writer should master. In addition to managing positions where share price has decreased there are also situations where we can benefit when price has dramatically accelerated. Let’s look at a trade recently executed by one of our Premium Members: 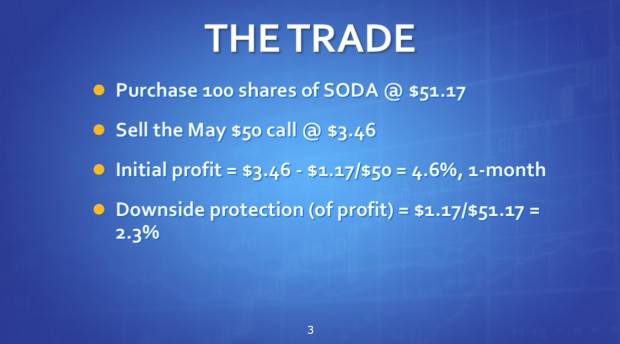 Our member generated a nice 1-month return with downside protection of that profit. However, on expiration Friday the price of the stock has accelerated all the way up to $65.16 and the $50 call was very deep in-the-money. The question is “to roll or not to roll” let’s look at the options chain on this expiration Friday (May 17, 2013): 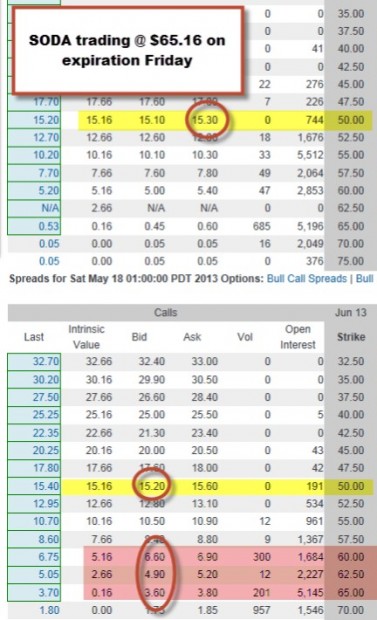 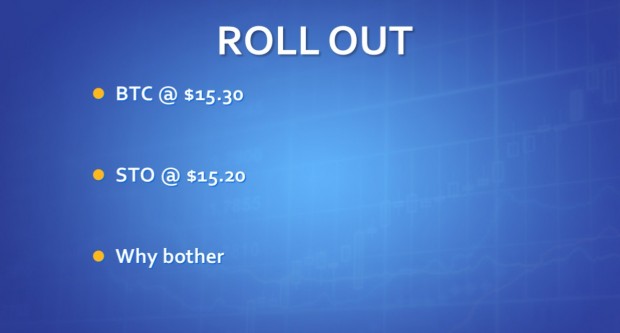 Rolling out generates no option profit

What if we roll out and up to the $60, $62.50 or $65 strike choices? These scenarios will normally result in a net debit on the options side, but a net credit on the share price side as our $50 obligation to sell is eliminated and share value is enhanced to the new strike or current market value whichever is lower. Let’s look at the trade if we rolled out and up to the $62.50 strike: 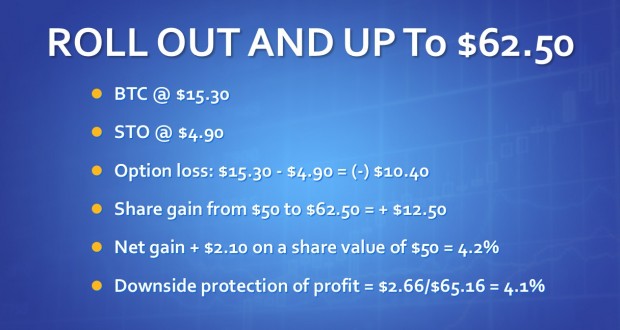 SODA: rolling out and up-

The trade results in the following scenario:

We are guaranteed a 1-month return of 4.2% as long as share value does not depreciate by more than 4.1% by expiration Friday because we rolled out and up to an in-the-money strike. In my books and DVDs I give examples of rolling out an up to at-the-money and out-of-the-money strikes as well.

When a stock price moves up dramatically it usually does NOT pay to roll out as the option credit is negligible or non-existent. Rolling out-and-up may make sense because appreciation of current share value may surpass the option debit.

***A special thanks to BCI members who attended my presentation in Las Vegas for The Money Show. I can’t tell you how great a speaker feels when you’re given a double room and there is still standing room only.

This week’s economic reports put economists at ease regarding the fact that inflation does NOT appear to be rearing its ugly head:

17 Responses to “Should I Roll My Option When The Stock Price Is DEEP In-The-Money?”