Defensive Call and Put Positions in Bear and Volatile Markets

Strike price selection can be tailored to our covered call writing and put-selling trades based on overall market assessment. In bear and volatile market conditions we favor in-the-money calls and deeper out-of-the-money puts (lower than current market value). In this article, we will evaluate defensive trades for Smith & Wesson Hldg (SWHC) as of 1/11/2016, the day after the worst week to start a stock market trading year ever in the history of US stock markets. 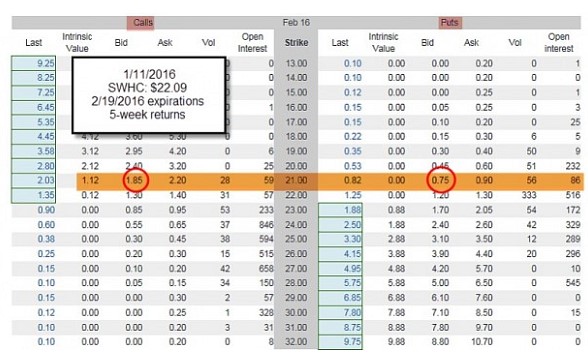 Next let’s turn to our calculators:

Call calculations for SWHC: Multiple tab of the Ellman Calculator

The advantages of in-the-money calls in bear market environments are readily noticeable: 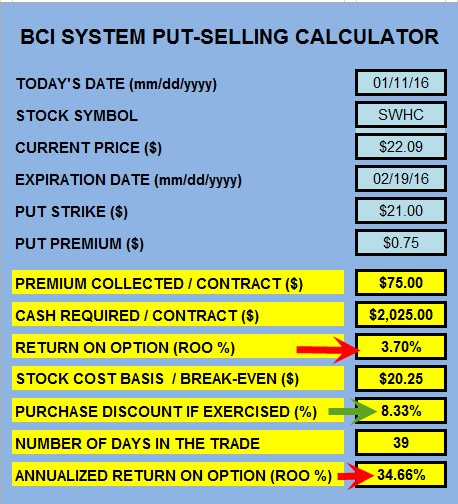 The advantages of out-of-the-money puts in bear market environments are readily noticeable:

In bear and volatile market conditions we can tailor our option-selling strategies by utilizing in-the-money calls and out-of-the-money puts. Using the Ellman and BCI Put Calculators will help guide us to the most appropriate strike price selection based on our overall market assessment, chart technicals and personal risk tolerance.

***For free copies of the Basic Ellman Calculator for covered call writing and the BCI Put Calculator, click on the “Free Resources” link on the top black bar of our web pages. Or click here.

Two seminars plus a book signing 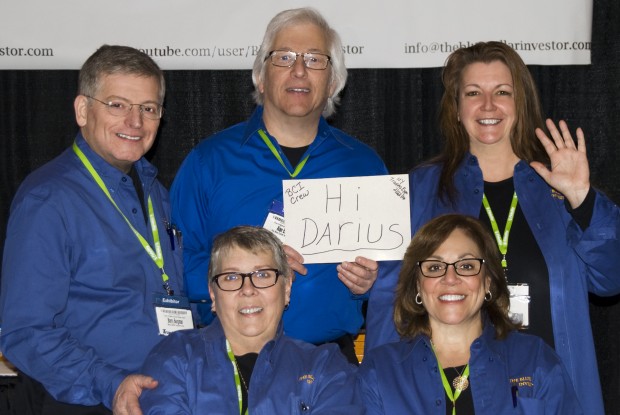 Click here to cancel reply.
← Delta Defined from Three Perspectives
When is it Appropriate to Use Covered Call Writing? A New Perspective →