Never sell a covered call option or cash-secured put if there is an earnings report due out prior to contract expiration. This is one of the golden rules of the BCI methodology. We know that a report that disappoints generally did not meet market consensus regarding sales, earnings or both. However, the report still may have reflected great corporate performance aside from not meeting analyst expectations. This article will highlight such a scenario with Facebook, Inc (FB) which dropped $10.00 in value after the November 2nd, 2016 earnings release.

FB Chart before and After a Disappointing Earnings report

The brown field highlights a drop in share price from $129.00 to $119.00 resulting from the report that did not meet market expectations. The blue arrow points to the bearish moving average crossover which occurred shortly after the price decline. What we have here is a company that is generating huge revenues and profits but a bearish technical chart. Following our earnings report rule, BCI members moved out of FB prior to the report but can now re-enter at a lower price point if the assessment is that of an opportunity despite the technical breakdown. Many BCI members did exactly that. 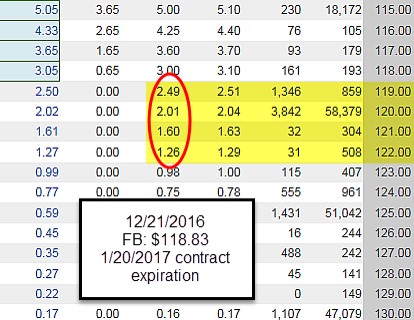 After a brief period of consolidation (blue arrow), FB has been in a strong bullish price pattern (red arrow).

A disappointing earnings release can create a bearish technical chart for an otherwise elite-performing security. Frequently, the report was impressive but fell short of market expectations. Buying the stock after the share decline and favoring out-of-the-money strikes when we anticipate price recovery is a choice available to us. An excellent free resource for stock news including earnings reports information is finviz.com.

The Complete Encyclopedia for Covered Call Writing-Volume2 is now available in hardcover format. The classic version has been available in hardcover for the past 2 years and many of our members have been inquiring about Volume 2. In recognition of this product expansion, we are offering a $10 discount coupon on all orders for all products in the BCI store with a minimum purchase of $50. This offer is valid from June 17th through June23rd. Use promo code “HARDCOVER” to receive a $10 discount at checkout. 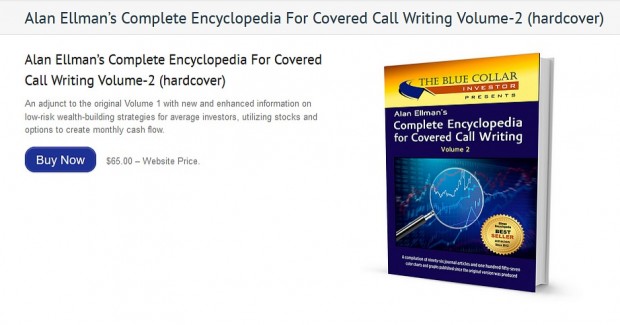 Global stocks remain unchanged on the week.  The price of West Texas Intermediate crude oil declined to $44.70 from $45.50 last Friday. Volatility, as measured by the Chicago Board Options Exchange Volatility Index (VIX), moved up to 10.38 from 10.0 a week ago. This week’s economic and international news of importance:

BCI: I am fully invested in the stock portion of my portfolio currently holding an equal number of in-the-money and out-of-the-money strikes.