Rolling Out-And-Up in Our Buy-And-Hold Portfolios

Portfolio overwriting is a covered call writing-like strategy where we sell call options against long-term buy-and-hold securities. Generally, these are low-cost basis stocks that are dividend-bearing and trading in non-sheltered accounts. We want to leverage these stocks and exchange-traded funds (ETFs) to generate additional income but also want to avoid assignment of the shares to avoid tax issues. In essence, we want our cake and eat it too!

Setting up and managing our covered call positions are handled in a specific manner when incorporating portfolio overwriting into our investment arsenal. This article will focus in on the time frame just prior to contract expiration where share value has appreciated above the original out-of-the-money and now in-the-money strike. We will use United Health Group, Inc. (NYSE: UNH) as the June 2017 contracts were expiring on June 16, 2017.

Since we use out-of-the-money strikes with portfolio overwriting to allow for continued share appreciation, we must determine which strike to select. 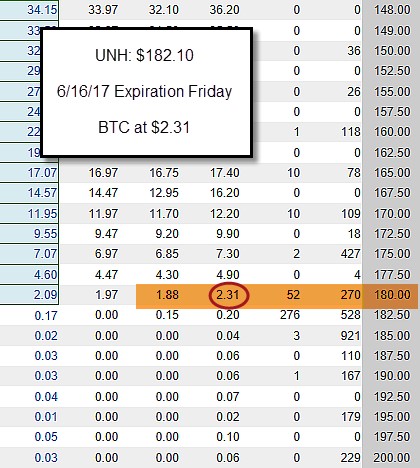 Option Chain for UNH to Close the June Short Call

The published “ask” price is $231.00 per contract to close the near-month covered call. 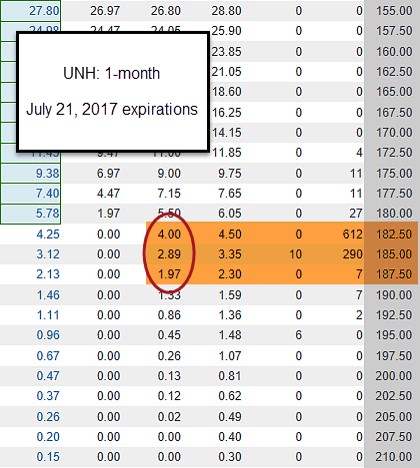 We will calculate the returns for 3 out-of-the-money strikes:

We will use the “What Now” tab of the Ellman Calculator to generate the following results:

***Thanks to Paul S. for inspiring this article. 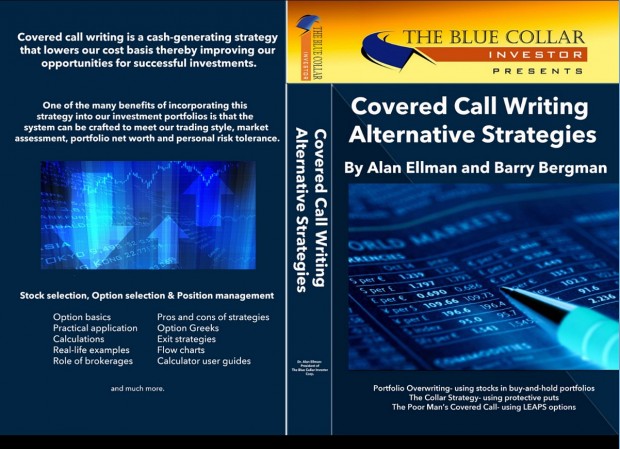 ***The BCI team is also developing new calculators specific for each of these strategies.

Global stocks dipped a bit lower this week, with Japan’s Nikkei average a bright spot, closing at a 21-year high. The price of a barrel of West Texas Intermediate crude oil rose about $1 to $52.60 while stock market volatility, as measured by the Chicago Board Options Exchange Volatility Index (VIX), was relatively unchanged at 9.80 from 9.9 last week. This week’s economic and international news of importance: