Covered call writing and selling cash-secured puts are low-risk option-selling strategies used to generate monthly cash flow. Low-risk does not mean no risk so how can we measure the degree of risk we are undertaking? Let’s first all agree that any strategy that aspires to generate higher than a risk-free return (Treasuries, for example) will incur some degree of risk. Portfolio managers and institutional investors focus in on market risk like a laser and use Delta in many instances to ascertain and manage market risk (also called systematic risk).

These are portfolios consisting of positive and negative Delta positions which balance out to bring the net change to zero. Institutional traders use Delta-neutral positions to eliminate risk from their positions. For example, if 1000 shares of stock are purchased for a positive Delta of +1000, the trader may then purchase 200 put contracts with a delta of -0.5, thereby creating a Delta-neutral position. If share value declines, put value increases.

Delta is not a static figure. It changes with the other Greeks (Gamma, Vega, Theta, not so much Rho). To get a precise Delta stat, we must use a Greek calculator to compute current implied volatility based on current option premium. To demonstrate the process, I have selected TAL Education Group (XRS), a stock taken from the Premium Watch List on 2/4/2016. At the time, XRS was trading at $47.95 and the market was bearish so we will explore the in-the-money $45.00 call option (premium $4.30) and the out-of-the-money $45.00 put option (premium $1.23). Both are bearish and defensive option-selling positions that generated more than 2% for a 6-week return with significant downside protection.

Since the positions are both $2.95 away from the strike price and there is not a dividend to skew the premiums, we would expect a similar Delta position…let’s see:

As expected, the Delta positions are virtually the same.

The Collar and Delta

If we bought a protective put in association with a covered call (Delta-positive) position (known as the collar strategy), we would be adding in a negative Delta component. This would reduce our market exposure as we move closer to a Delta-neutral position, precisely the reason one would consider buying a protective put

When selling options we are in Delta positive positions which means we are exposed to market risk. This is part of any strategy that strives to generate higher than a risk-free return. Most investors have portfolios consisting of stock only (individual or part of a mutual fund or exchange-traded fund). These portfolios have Delta positions of +1 with even greater exposure to market risk. When deciding on the most appropriate investment strategies to place our hard-earned money, we must evaluate the inherent risk of that strategy versus our personal risk-tolerance.

“All Stars of Option Trading”

Event is sold out

FREE to premium members and available for purchase to general members

Save the date: Our next Blue Hour webinar, FREE to all Premium Members, will be broadcast on 9/29/2016 at 9 PM ET. The topic is Using Put Options to Buy and Sell Stock. This a new presentation which will be presented for the first time on September 29th. Registration will open in a few weeks. You will receive notification. 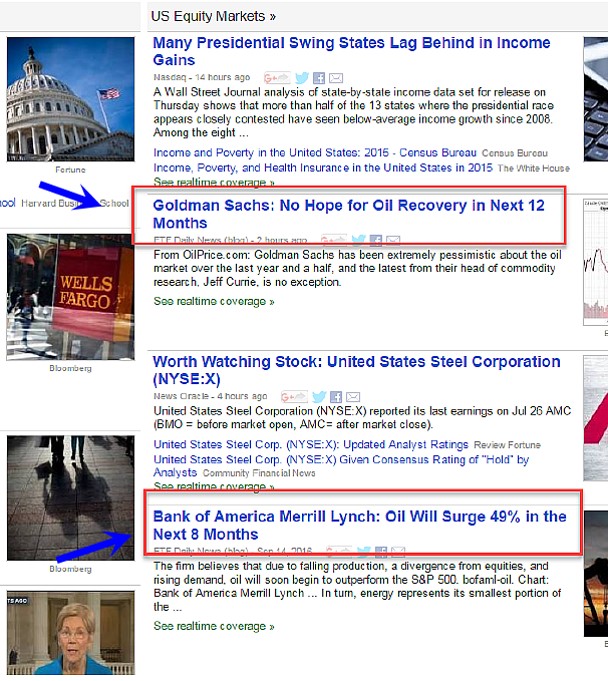 Global stocks were mixed this week, with markets continuing to focus on central bank policy. Volatility spiked higher this week, with the Chicago Board Options Exchange Volatility Index (VIX) rising to 15.42 from 14.72 a week ago. Crude oil fell to $42.82 per barrel from $46.50. This week’s reports and international news of importance:

BCI: Recent market volatility has guided me to a more defensive posture as we enter the October contracts. I will be favoring in-the-money strikes 2-to-1.

← Calculation Rules: Making Sense Of A Trade That Makes No Sense
Exercise Of Options From The Call Buyer’s Perspective →