When selling covered call or put options, strike price selection is one of the three required skills. Here are the main factors we evaluate when determining which strike price to select:

In this article, we will focus in on the technical parameters that will guide us to the strike price that will offer the greatest chance of successful covered call trades. To highlight the relationship between price chart patterns and strike price selection, we will use real-life examples for Nvidia (NVDA) and Charles Schwab (SCHW). Charts and calculations were created the weekend prior to the start of the January 2017 monthly contracts. At the time, NVDA had a bullish technical chart pattern while SCHW had a mixed technical chart. 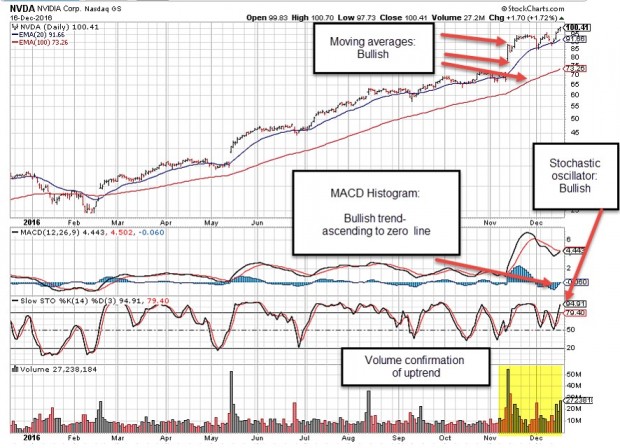 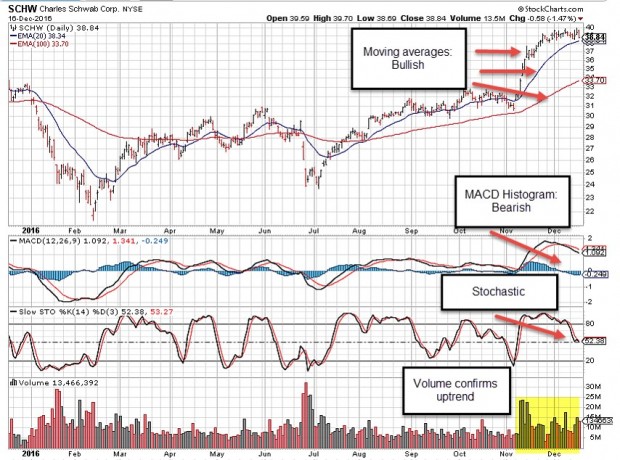 Calculations based on technical analysis

There are several factors that guide us in strike price selection and technical analysis must be part of that evaluation process. Bullish chart patterns guide us to out-of-the-money call strikes while mixed chart patterns encourage in-the-money strikes.

Global stocks extended gains this week mainly due to moderate global growth and subdued inflation data. All three major US indices set all-time highs. Oil continued its decline with West Texas Intermediate crude falling to $47.35 a barrel from $48.95 a week ago. Volatility, as measured by the Chicago Board Options Exchange Volatility Index (VIX), remained historically low, falling to 9.76 from 10.8 last week. This week’s reports and international news of importance:

BCI: I am fully invested in the stock portion of my portfolio currently holding an equal number of in-the-money and out-of-the-money strikes

30 Responses to “Using Technical Indicators to Assist with Strike Selection”