Covered call writing and selling cash-secured puts are similar strategies that do have certain differences. In my book, Selling Cash-Secured Puts, Figure 68 on page 214 highlights the similarities and differences between these two strategies. In this article, I will show a real-life example of how analogous positions in each strategy frequently will yield similar returns with similar protection and therefore comparable risk-reward profiles.

To demonstrate the mathematics of our two positions we will use the following data obtained from an options chain for Adobe Systems, Inc. (ADBE) on 12/29/2015: 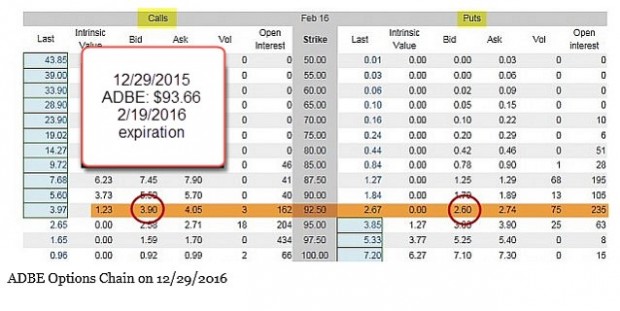 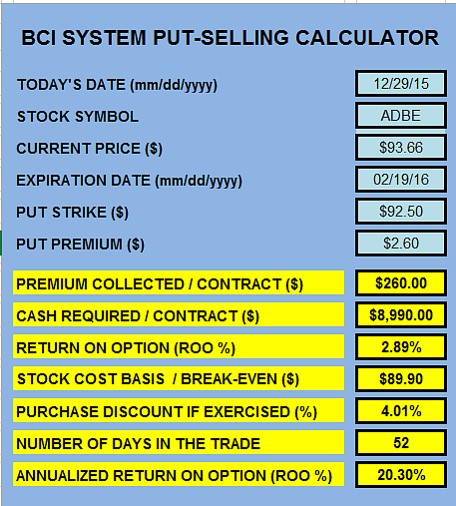 Comparable covered call writing and put-selling positions will generate similar risk-reward profiles. In the real-life example presented in this article, both put and call strikes were $1.16 either in- or out-of-the-money. Both positions yielded returns near 3% with protection to breakeven of near 4%. It is certainly to our advantage to master the similarities and differences between these two strategies so we may take advantages of their strengths and weaknesses.

Discussion about my third book, The Complete Encyclopedia for Covered Call Writing